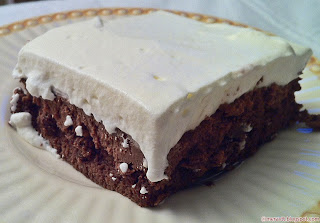 Savta Yardena used to make this three layer cake for Passover (while replacing the flour with Matzo meal). We loved it so much that it became one of the cakes Savta enjoyed making for us.

The name is Rigo Jancsi, and it's originated in Hungary. However, no one ever called it so in our family. After a few mispronunciations, we ended up with "Rijoyan"- and it stayed that way since.

On her birthday this year, I made it for you, in her honor.

1. Separate the eggs. Beat the egg whites until stiff.

2. Add the other ingredients and fold slowly with a silicon spatula. Mixing it hard will cause the egg whites to deflate and the cake will turn out rubbery.

3. Add the egg yellows and fold again slowly until the batter id smooth.

1. Place a sauce pan over a medium-low heat. Add the milk, coffee, cocoa and sugar. Mix well while the dry ingredients melt in the milk.

2. Lower the heat and add the butter. Let melt slowly. Mix well until butter totally dissolved and the cream is smooth.

Whip the heavy cream with the sugar until stiff.

1. After the sponge cake is cool, spread the chocolate cream on it. Place in the fridge for 1/2 an hour.

2. After 1/2 an hour, spread the whipped cream on top of the chocolate cream, cover with plastic wrap and place in the fridge until it's ready to eat.

The cake tastes even better the next day. 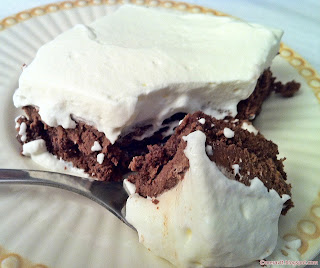 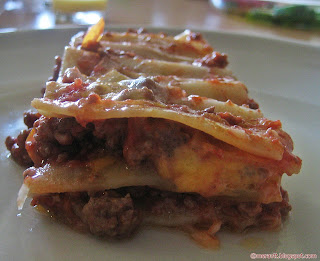